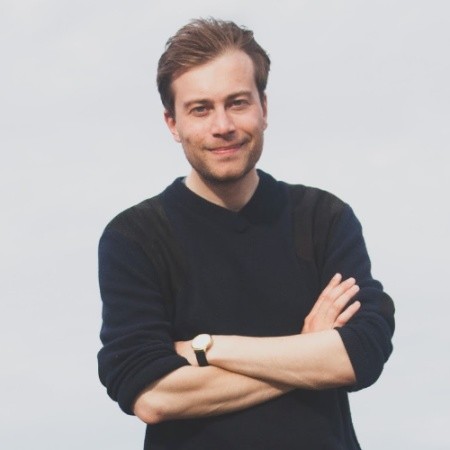 With a background in theoretical physics in his (half) native Belgium, Thomas learnt his craft at BrightNorth, before joining brain training app Peak Labs as Head of Data Science. Here, he was part of the team that scaled Peak from three million to 35 million users, before a high-profile exit to Hachette Livre. Since co-founding Tasman, Thomas has worked closely with teams at ambitious, customer-oriented companies like The Guardian, JP Morgan, Lifecake, The Collective, Asana Rebel, Heist Studios, RIXO, Flash Pack, and ResQ Club. He is a strategic thinker with a deep interest in how data can help solve business problems. Thomas lives in Amsterdam, and with a close connection to New Zealand - as well as Scotland - when he’s not writing Python scripts, he enjoys whisky, wine, history, and travelling (often concurrently). 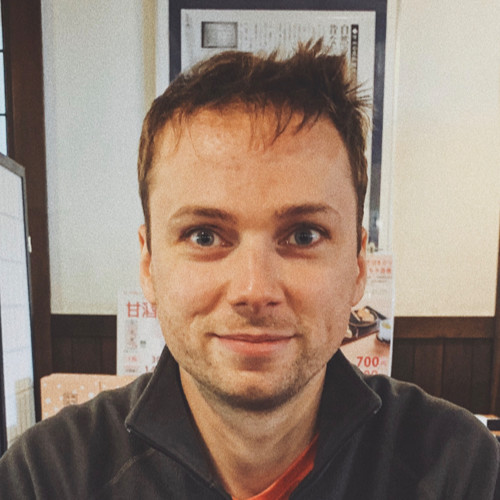 Another physicist! Christophe also studied at Leuven in his native Belgium, before combining his technical nous with an MSc in Management at the London School of Economics. Beginning his career in data at Google and Songkick, he then joined Snowplow Analytics, the makers of the leading open source event data collection platform, as the third employee. Here, he worked as a Data Scientist before becoming Head of Services, implementing sophisticated data pipelines for over 100 companies. Since co-founding Tasman, Christophe has been leading data projects at Marco Polo Learning, Kaia Health, Find My Past, The Business of Fashion, Flash Pack and Gousto. Christophe has recently moved from London to Sweden and, when he’s not writing sophisticated attribution data models, he enjoys swimming in cold Scandinavian lakes. 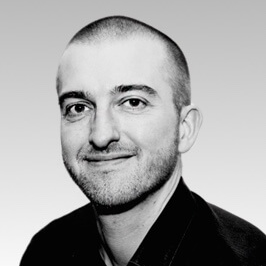 Our resident Brit Rob started his career as a data analyst in the NHS’s National Blood Service before joining consumer choice company Which? as a Statistician. Over his five year tenure, Rob became Head of Statistics, working with teams in marketing, insight, policy, and product research to improve their access to advanced analytics and insights. Rob then co-founded BrightNorth, a retail & e-commerce analytics company with clients including Sky, Worldpay, MetroBank, Guardian News & Media, JPMorgan and Samsung. After joining personalised-advertising company Criteo as a Director, working across Data Science and Business Solutions, and a stint at data-driven agency Beamly as VP Marketing Science & Data Strategy, Rob then came on board as a Co-founder at Tasman. 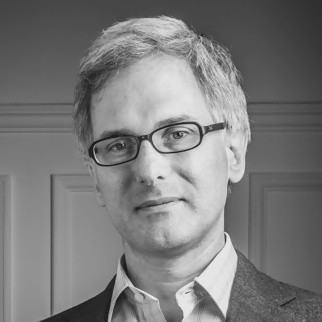 Trained in Berkeley, Michael brings a love of music, rational thinking, cooking and non-alcoholic beers to the team. As CTO he makes sure that what we do is technically robust, scalable and built to the best standards. He does not like to drive, and if you play chess with him he'll aim to confuse you by explaining the rules. 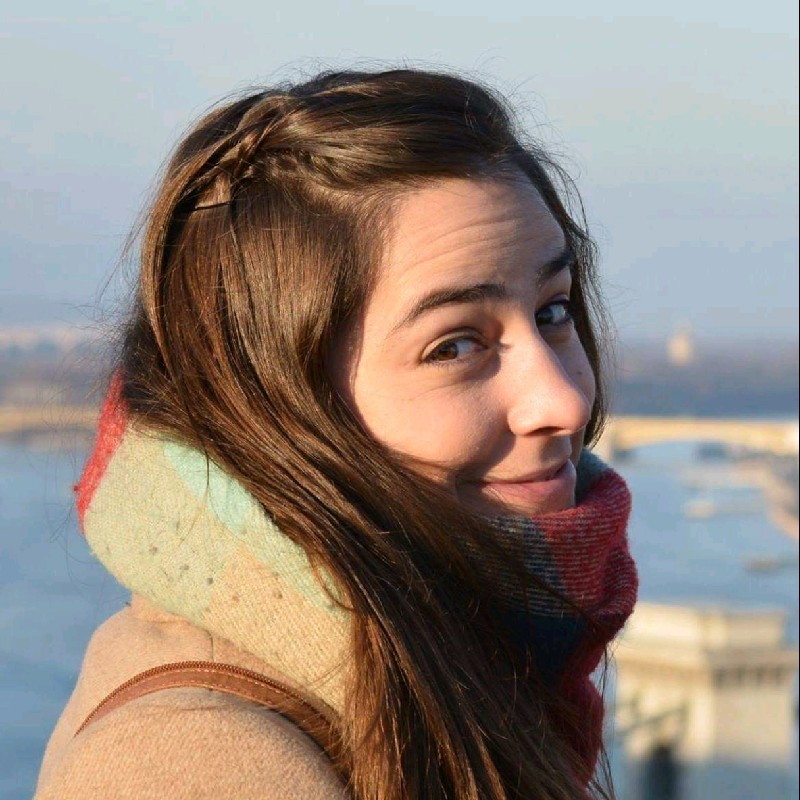 Caro is our Head of Growth Science and has an irrational interest in Siberia: not only does she provide a home to a Siberian Samoyed, she is learning Russian and dreams of the day she can buy Transsiberian Railroad tickets. At Tasman she makes sure our clients have a well developed data strategy for their marketing and growth efforts. 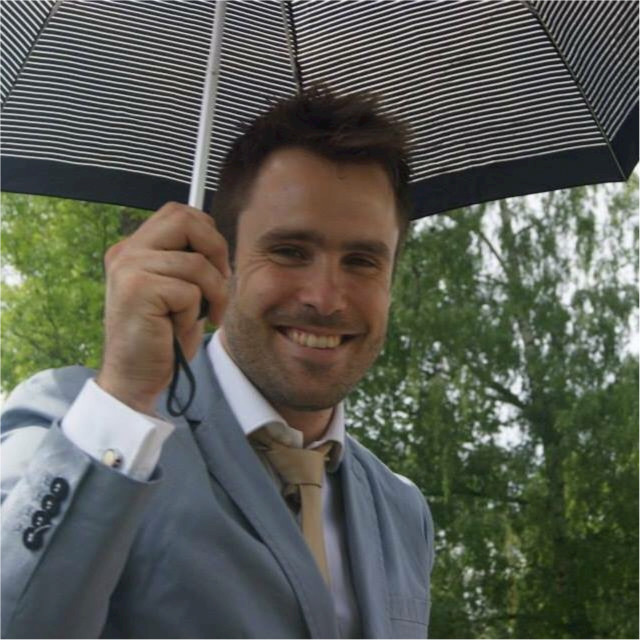 Erik is based in Sweden and a talented supperclub chef: aside from making sure our Analytics Engineering efforts go well, he has spent the time necessary in the kitchen to make a phenomenal birds nest (with friend leeks and chicken skin). He'll also be able to advise on the suitable wines to pair (for example, a New Zealand Main Divide chardonnay might do just fine). 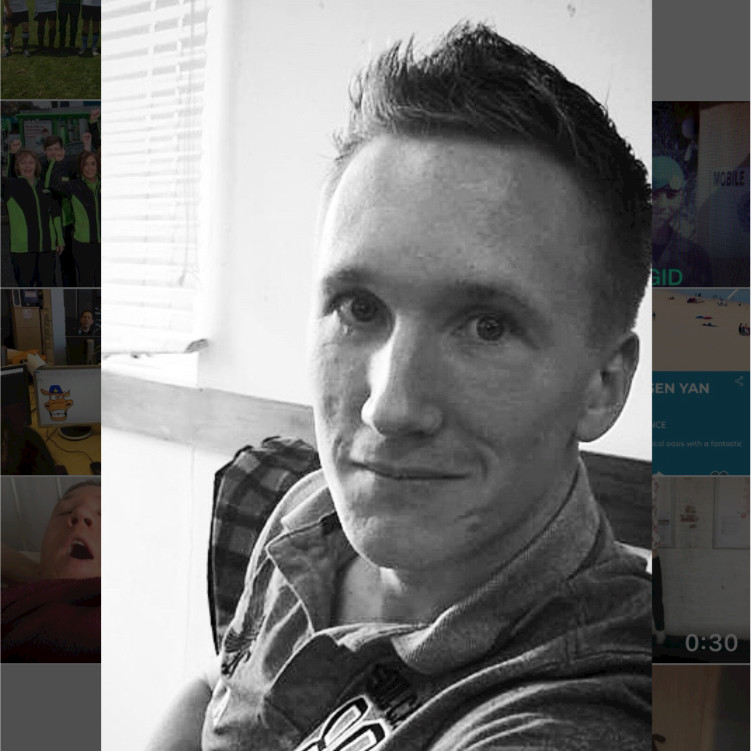 Jamie is a former Police Officer with intelligence-related experiences, who has a highly strategic view on data science & analysis. After 11 years of policing, and some data-related stints at varying utility companies, he joined Tasman as a Data Analyst in 2020. He will make absolutely sure we have translated client requirements into a clear set of user stories, and then deliver them as well. In his spare time (which with three kids is quite infrequent) he loves landscape photography, even though he has lost his main camera. 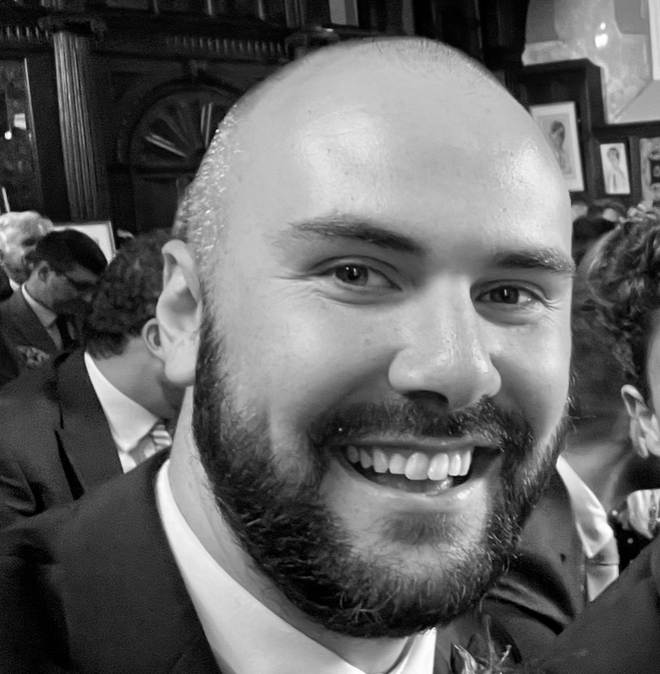 Tom is a rocket scientist by degree (aerospace engineering) but has never done any actual engineering. He loves to eat Brazilian churrasco - but that might be slightly biased as his wife is from Rio. He spends most of his spare time doing DIY, walking his dog or gaming. At Tasman, he is making sure that our clients are consistently delighted by the quality of our analytics engineering. 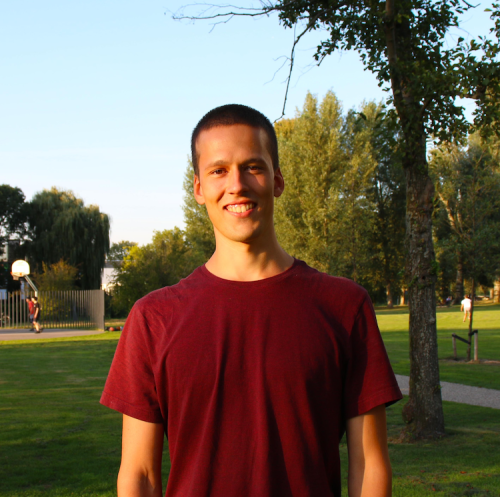 Jovan is the first dedicated Data Engineer at Tasman, and from his Eindhoven (Netherlands) base he loves to follow Sunday-afternoon Formula 1 race (go McLaren!). Call him for good burger place recommendations (across Serbia, Maine, and Eindhoven), or if you need some randomness in your day: he always carries a mini-die 🎲 anywhere. 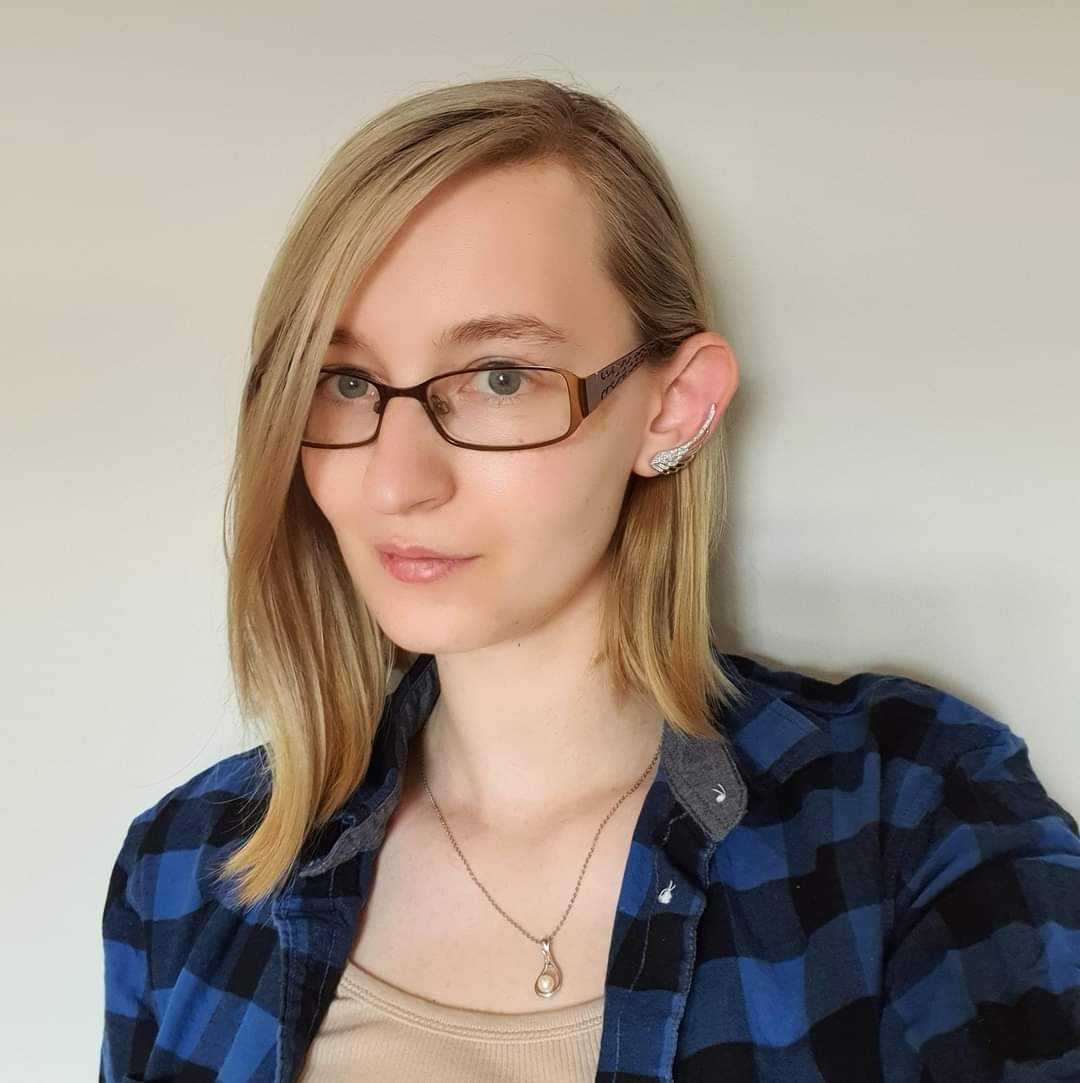 Abbey is a former PC builder specialising in custom water-cooled builds. She decided to go back to university as a mature student to study computer science which lead her towards Tasman as an Analytics Engineer. In her spare time she enjoys reading a good fantasy/sci-fi book or getting stuck into an RPG game. Abbey is attempting to grow a plant that doesn’t die. It has so far been unsuccessful. 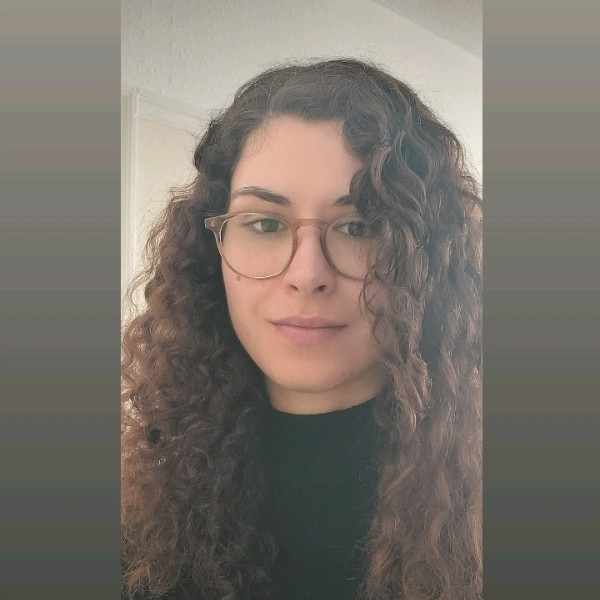 Kitti, (born little Kitti Megyeri) was conceived in Budapest in 1994. She was later successfully born in August, 1995. Not much is known between then and when she first joined Tasman Analytics in January 2022. In her free time, Kitti enjoys doing normal human activities, such as eating nutrient dense organic matter and inhaling oxygen from her surroundings 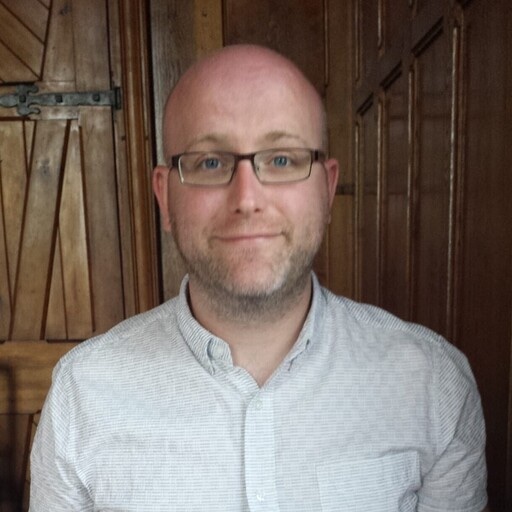 Andy lives in Yorkshire and is currently our northernmost team member (in the UK at least! Sweden wins). He has a varied background in data having worked within the disciplines of human resourcing, marketing, online gambling and e-commerce. When not building robust data models he can be found supporting his hometown club Leeds United, working on various gardening projects or going for walks in the nearby countryside, sometimes with a borrowed dog. 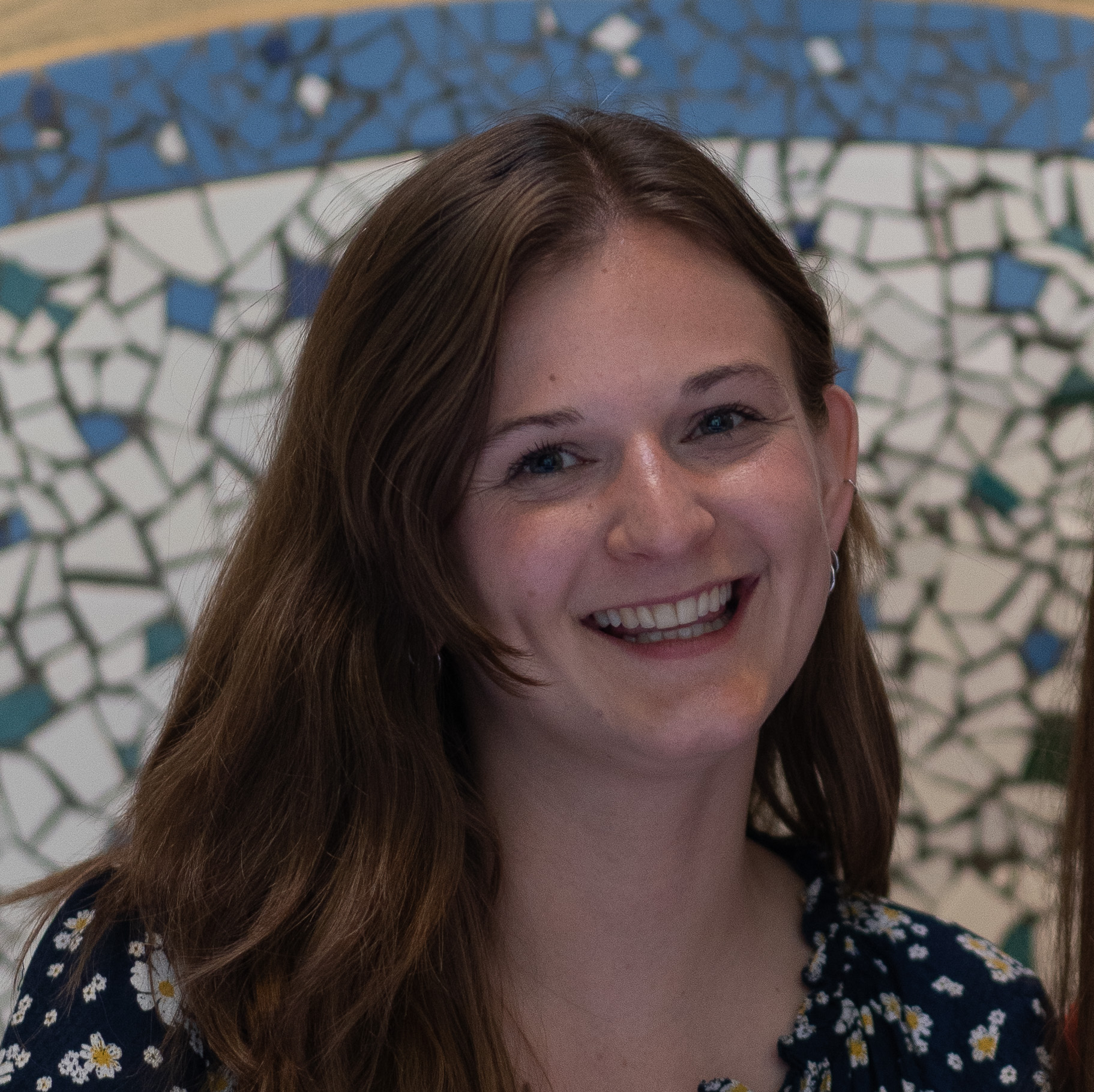 Trained as a musician (in classical voice, piano and music theory), Anna quickly found a love for data, and technology. Bringing together music and computing together in her PhD on utilising traditional music analysis techniques in computational music similarity recommendation. When she’s not ensuring a high standard of analytics engineering, she can be found walking her dogs, gardening, baking or singing with her choir. 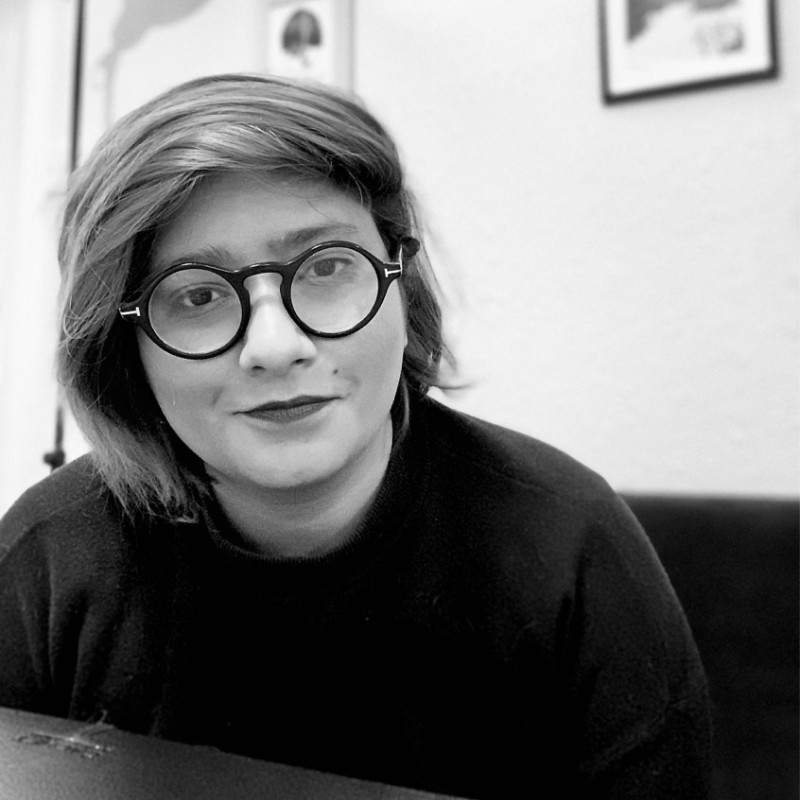 Geeta is an Analytics Engineer here at Tasman. She was originally trained in the disciplines of Chemistry. During her degree, Geeta realised how much she enjoined the analytical and programming aspects of the course and continued to learn more about this field by pursuing an MSc in Data Analytics. Since then she has taken on various data roles furthering her interests in the field. When not working she enjoys hanging out with her two tiny pups (Pedro and Gus) at Brighton beach and spending time with friends. 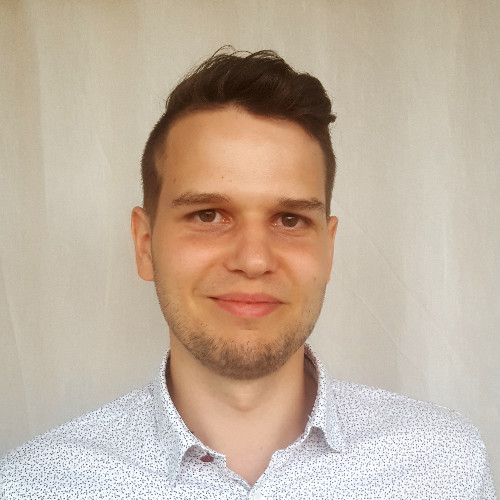 Henri lives in Stockholm, Sweden and has a degree in mathematical statistics. While pursuing the goal of working with statistical modelling he found his passion in data modelling instead. At Tasman, he helps our clients build quality data models in their data warehouse. In his spare time he likes to spend time with his wife and two kids. 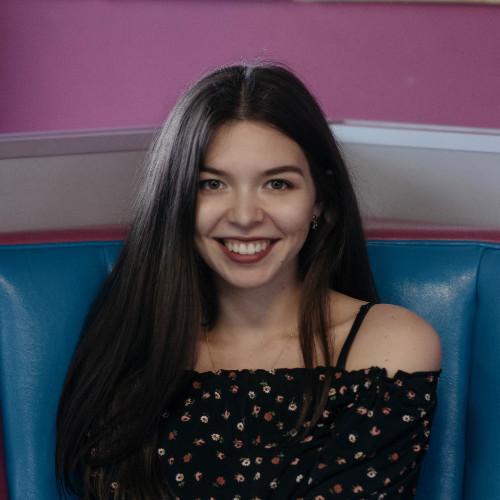 Trained in Saint Petersburg, Nastya is a Data Engineer based in Eindhoven. She worked with the re-insurance domain in SwissRe and with marketing data in Semrush and Karuna companies. Nastya is literally a digital nomad, she developed ETL pipelines from different cities in Russia, Georgia, and Indonesia. While she is dreaming about a comeback to surfing (and surf-skating), she loves to read, go camping, and have 3-hours calls with all her relatives from Russia. 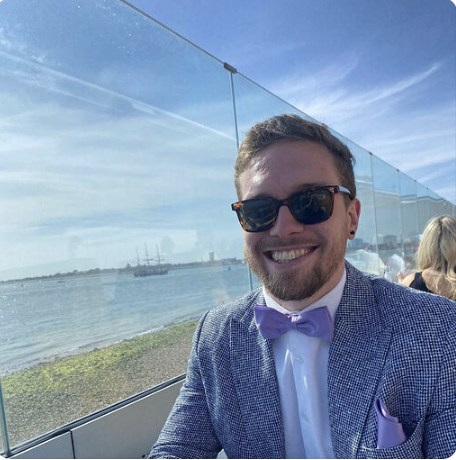 Tom originally trained as a Sports Therapist, but after working part-time on the sidelines with local sports teams in the pouring rain, the comfort of a full-time office job proved too much. After undertaking various marketing roles, he found himself more and more interested in the ‘why’ behind campaign performance. Ever since, he’s been working within analytics and hasn’t looked back. When he’s not busy gathering client requirements, delivering impactful insights or helping implement self-serve analytics, you’ll find him in the gym, playing football, or bingeing the latest series on Netflix with his wife (and cat). 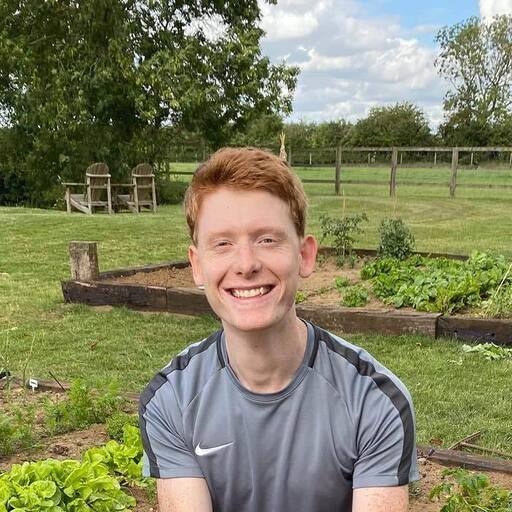 Will lives in London and has a background in Telecoms and Music. Having originally trained as an electronic engineer, he soon discovered his passion for data and hasn't looked back. When not delivering insight to our clients, he loves to game, walk, read and watch F1. He has has just taken up climbing, but he's not very good. 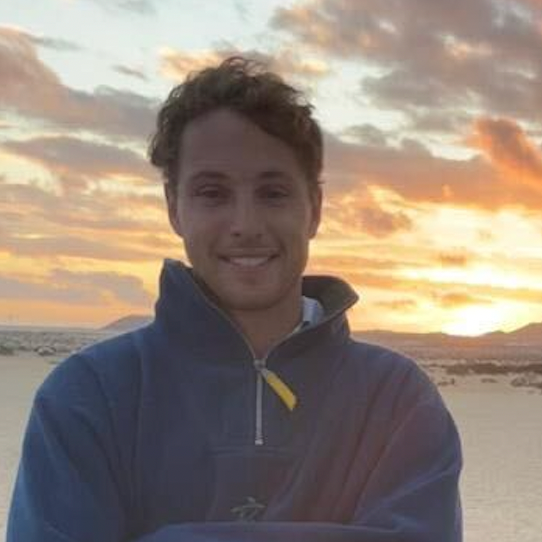 Barney lives in London and enjoys cycling long distances with a tent on his back.